An Appreciation of the late Sid Craik By S. Mc Nutt

An Appreciation of the late Sid Craik By S. Mc Nutt

Sid Craik was employed by the Northern Ireland Government as Stormont Estate
Superintendent living inside the grounds in Massey Avenue. He had over 350 acres under his
control and he exercised his dogs within the grounds.
During a late evening walk his dog "Gentleman Jim of Inver" chance to encounter a badger. A
fierce battle started in the dark and members of the R.U.C who patrolled the grounds came
upon the scene, they were unable to stop the fight which resulted in the death of the badger.
Two years later Jim came upon another badger and again it was a fight to the death. 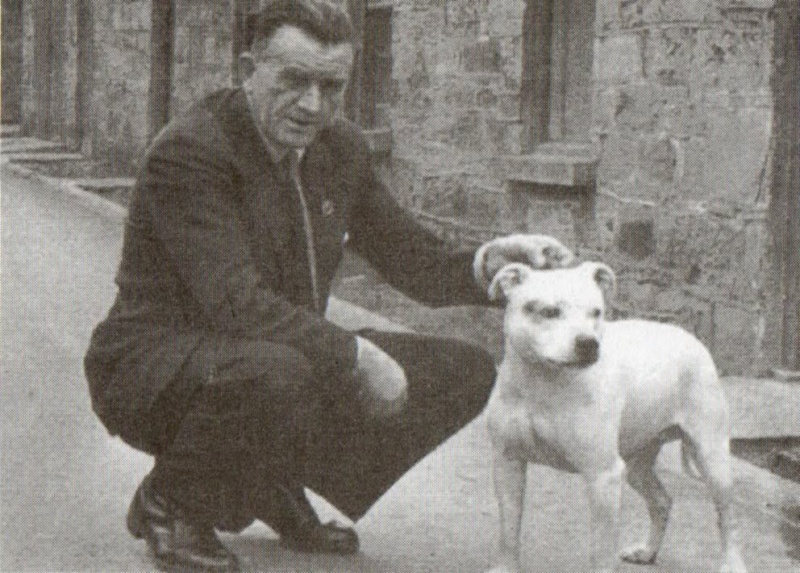 Sid and Jim of Inver
These incidents took place in the late 1950's. Sid advertised "Fury of Dugarde" as game to
fox and badger despite this he was vehemently opposed to the badger trials in the Republic of
Ireland. Eddie Byrne would defend the trials in the Stafford Bred notes in "Dog World" and Sid
Craik would condemn them. Their exchange of deep sincerely held views over a period of
time, made fascinating reading. Sid never failed castigate the trials and all they stood for
when an opportunity presented itself. 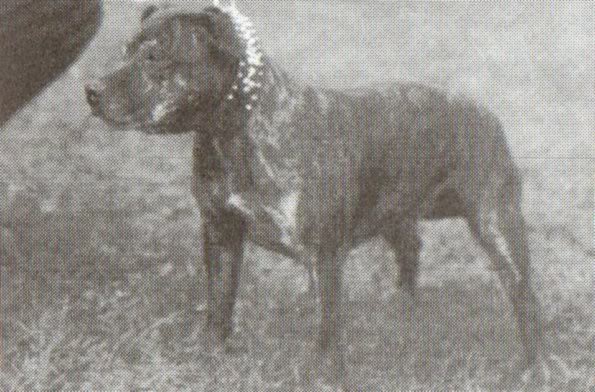 Fury of Dugarde
My memory of him is a very kind man, but one prepared to stand up for his views regardless.
Eddie Byrne, his old sparring partner had at that time two Certified Badger dogs in "Arrogant
Resistance" a Staff and "Good Lass" a Kerry Blue.
To Sid Craik, a native of Scotland, would go the honour as the first person living in Ireland to
own an English Champion in CH "Senkrah Saffron". He would follow that up by breeding to
CH "Eastaff Danom" and from that litter CH "Badgerlea Biddy" was born and so set another
record. Saffron would go back to "Eastaff Danom" again and CH "Badgerlea Rascal" was the
outcome. 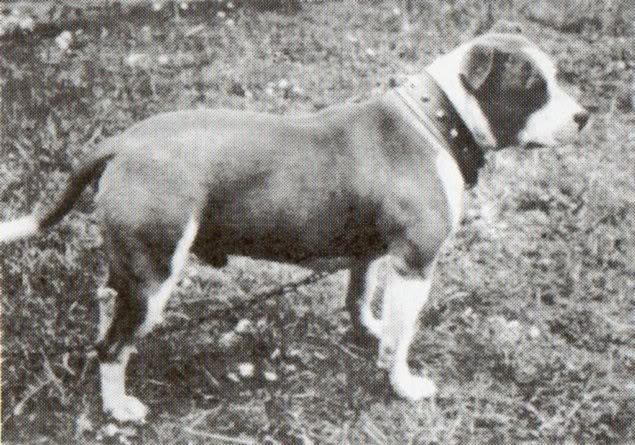 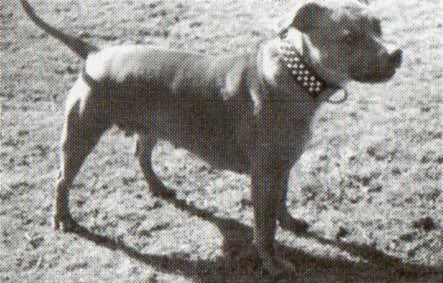 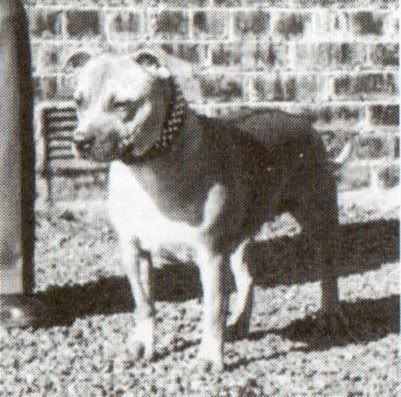 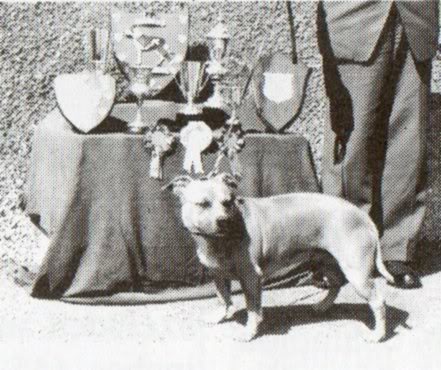 Ch Senkrah Saffron 1962 In 1955 he moved from Scotland to Stormont and to his great surprise and delight he found the estate was teeming with badgers. When the time came to take a prefix the choice was easy, badgerlea, it was most fitting the first English champion dog and bitch bred in Ireland would have this noble prefix. All his dogs were bred in the purple. His views on trials are well recorded, but perhaps not so well known are his views on Staffords of 14 inches high, he felt they should have been excluded and the same with dogs over 16 inches (45 Lbs). His "Gentleman Jim of Inver" was an 18 inch high dog, but Sid accepted that he was not a show dog, but one of outstanding courage. What is ironic he felt, a Stafford within the standard 14 to 16 inches could not have accomplished "Jim of Inver"s feat against the badgers. Jim was a 50 Lb dog and Sid was very proud of how he fought and killed two badgers in chance encounters. Sid lived in Northern Ireland from 1955 to 1975. Born in Arbroath in 1912, he died in Forfar in 1978. 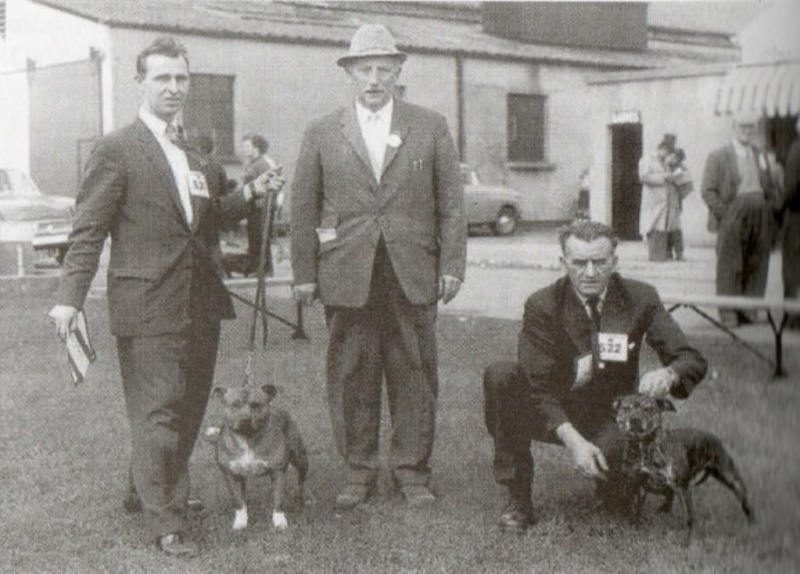 Belfast. 1961 C.C Winners
Mr. A W. Harkness with Ch. Sahib of Senkrah and Mr. S W. Craik with Ch. Fury of Dugarde
Judge: Mr. W E. Foster
For his club he was a fantastic ambassador. The Northern Ireland Staffordshire Bull Terrier
Club went from strength to strength as good a club as you would find anywhere. As long as
Staffordshire Bull Terriers are around this country, Sid Craik's name will live on for his
remarkable achievements and dedication to the breed he loved. Sid Craik was a true Scottish
Gentleman.

Re: An Appreciation of the late Sid Craik By S. Mc Nutt